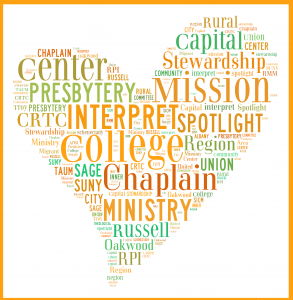 I collaborated with Sue Laz, SMI Chairperson, to learn a bit more about the basics our SMI Committee in the Albany Presbytery.

What is the official name of this Albany Presbytery Committee?

Stewardship and Mission Interpretation Committee but also commonly referred to as SMI.

Who serves on the SMI?

This will be changing as individuals finish their terms of service this year and new individuals begin serving in 2016.

What is the mission of the SMI?

Who are the current mission partners for the Albany Presbytery?

What is the time commitment to serve on this committee?

The committee meets approximately 10x/year with the average meeting time being 1.5 – 2 hours.  There may also be some work that needs to be done between meetings.

How did you get involved in serving the Albany Presbytery on this committee?

It has been an interesting journey.  I was originally nominated to serve on the Mission Review Committee (which no longer exists).  After about a year or so on the committee I was asked to chair a new committee that was being created that would combine the Mission Review Committee and the Budget and Finance Committee.  The new committee would be called Stewardship and Mission Interpretation Committee (SMI).  I spoke with Cass Shaw, the Executive Presbyter at the time, and told her I would take on the role of chairing the committee for one year if she would assist me, as I really didn’t know what needed to be done or who to go to for information.  A few months into this new venture, Cass left Albany Presbytery.  The committee struggled to continue on its own and when I was approached to serve as Chair for the next two years I figured I might as well since I had already put a lot of time and energy into: learning what needed to be done, how to do it, and getting the committee established.

So it really wasn’t something that was already happening that I had an interest in and then became a part of.  It was more like starting with an idea and then working to further define the role and responsibilities of the committee and figuring out how to accomplish them.

Who do you think would be a good fit using their gifts on this committee? (We want people to feel would feel successful.)

I think this committee would be a good fit for individuals who either like dealing with budgets and numbers as overseeing the budget process of the Presbytery is a big part of the committee’s work.  But we also need individuals with some gifts and abilities in the area of communications as the other part of the committee’s work is to interpret the mission of the Presbytery to the churches.

How do you get selected to serve on this committee?

Thank you Sue for your service to the Albany Presbytery and chairing this committee, especially during this time of transition.  We also want to acknowledge and thank all members serving on this committee: Peg Schalit, Peter McKinney, Phil Garvey, Katy Stenta, Karen Pollan.

You can always find basic information for each of the Albany Presbytery Committees on our website. 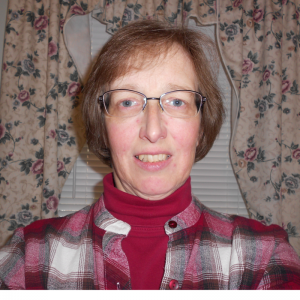 In addition to serving as the Chairperson for the Stewardship and Mission Interpretation Committee, Sue is an elder at Third Presbyterian Church in Troy and active in their children’s ministry.  She is an avid reader and enjoys spending time with family and friends.