BREACH OF FAITH: Why the Apology Overture is So Wrong by Barbara G. Wheeler 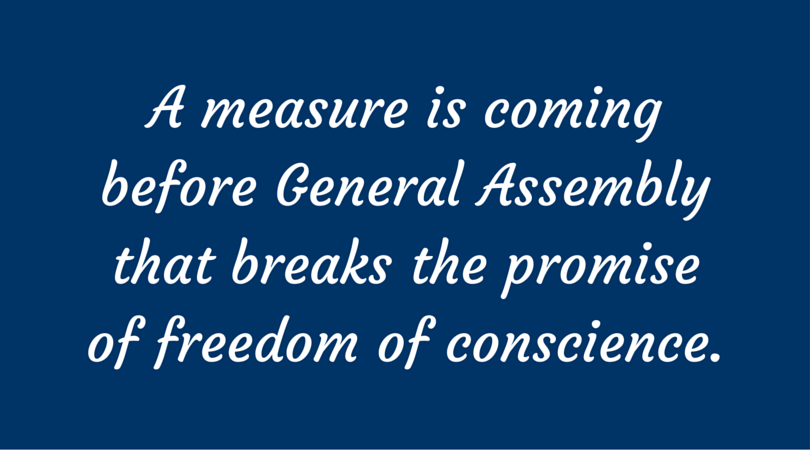 In 2011, a majority of presbyteries voted to replace language in the PCUSA Constitution (G-6.0106b) that was intended to bar partnered gay and lesbian church members from serving in ordained office. The new text is permissive. No new teaching about human sexuality is included. Rather, recognizing how deeply divided the church remained on these matters, the new section of the Constitution was framed to respect the conscientious convictions of both sides and to permit a diversity of ordination practices.

A commitment to freedom of conscience under the Lordship of Jesus Christ is deeply rooted in Presbyterian tradition. Those of us who advocated changing or interpreting the Constitution to permit ordination of partnered GLBT members and, later, same-gender marriage emphasized over and over that the proposed changes would not force any minister or council to say or do anything they deeply believed to be wrong. The fact that the ordination amendment would not force the views of one theological party on the other had a great deal to do with its passage. One pastor said to me during the debate: “I struggle with the ordination question because of my reading of Romans 1. But I have to pay attention to other scriptures too, such as Romans 14:4 where it asks ‘Who are you to judge?’ and assures me that the Lord will judge. As long as we let the Lord do the judging, I can live with this.”

When the changes came, the church’s leaders repeated the assurance of freedom of conscience: The “integrity” of all Presbyterians will be honored, wrote the Stated Clerk and other officers on the day that the ordination measure passed, even as the door is opened to ordinations that were banned before. That protection has enabled many congregations and clergy who cannot approve the ordination or marriage of those in same-gender partnerships to remain in the PCUSA.  It also seemed right to many of us who wanted ordination and marriage policies to change. We knew what it was like to be prevented by church law from acting on convictions that were rooted in our understanding of scripture, and we had no desire to do that to others.

I am writing now because a measure is coming before General Assembly that breaks the promise of freedom of conscience that is an integral part of the new constitutional provisions for ordination. Overture 050 from the Presbytery of New York City, the “Apology Overture,” denounces as “erroneous” and (in its introduction) “sinful” beliefs and practices that the church assured conservative and evangelical Presbyterians it would continue to respect. (A copy of the overture can be found at https://www.pc-biz.org/#/search/6335.) It proposes that the denomination apologize, in one voice, for theological convictions that a large minority of Presbyterians continue to hold and for constitutionally-permitted ordination decisions that Sessions and presbyteries may continue to make.

After the ordination and same-gender marriage amendments and associated authoritative interpretations passed in quick succession, some Presbyterian evangelicals voiced their fear of being “Kenyonized”—denied ordination or punished by church courts for convictions at odds with those held by the majority. This measure, which would force many conservative evangelicals to participate in the condemnation of their own deeply-held beliefs, will be seen by many as a step in that direction.  “Last year,” one of them said to me after reading this overture, “you told us that we could think and do what we believe is right. This year you call us wrong and sinful. Next year will you excommunicate us for not agreeing with you?”

Presbyterians—despite our doctrine of total depravity—are a proud people. Other faith traditions have issued a variety of confessions and apologies, based on careful research and long penitential reflection. We have not often done so: we have a hard time owning up to the damage we have done. The Presbyterian Church is indeed called to repentance. The list of our serious offenses is long: the justification of slavery; racist attitudes through the centuries; the subjugation of women; our active participation in discrimination against Catholics and Jews, as well as homophobia, which until very recently has been pervasive in the church. These are evils in which all the strands of our tradition, and all of us, have been, in one way or another, implicated, and which in many cases continue to have damaging impact today.

The Apology Overture is not, however, the way to begin the process of repentance. It targets, scapegoats and demonizes one group, those who did not prevail in the ordination debate. It breaks our promises to respect their beliefs and actions. It violates the freedom of conscience of the minority. It is a breach of faith. If this overture were to come to Albany Presbytery for concurrence, I hope that we would decline to do so.  When it reaches the 222nd General Assembly, I strongly urge the commissioners to disapprove it.

Postscript: Since this article was written, the Session of First United Presbyterian Church has sent a request that the Presbytery concur with Overture 050. The Session says in its rationale that although the overture “appears” to target one group, a process of repentance needs to begin. The overture does not just “appear” to single out some Presbyterians. It actually does that, by condemning and apologizing for beliefs and actions that those Presbyterians were promised would continue to be respected. I wholeheartedly agree, as I’ve written, that repentance and reconciliation are essential. But an overture that breaks a solemn promise is not the way to start down the long road to reconciliation. Rather, it will make the healing of our conflicts and divisions much, much more difficult. 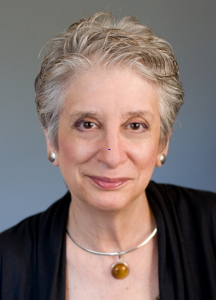 Barbara Wheeler is the former president of Auburn Theological Seminary and a member of the United Church of Granville. She was a member of the committee that created Glory to God, the newest Presbyterian hymnal.