Diverse Voices Singing in Harmony, putting “UNITED” back in USA by Joyce Brewer 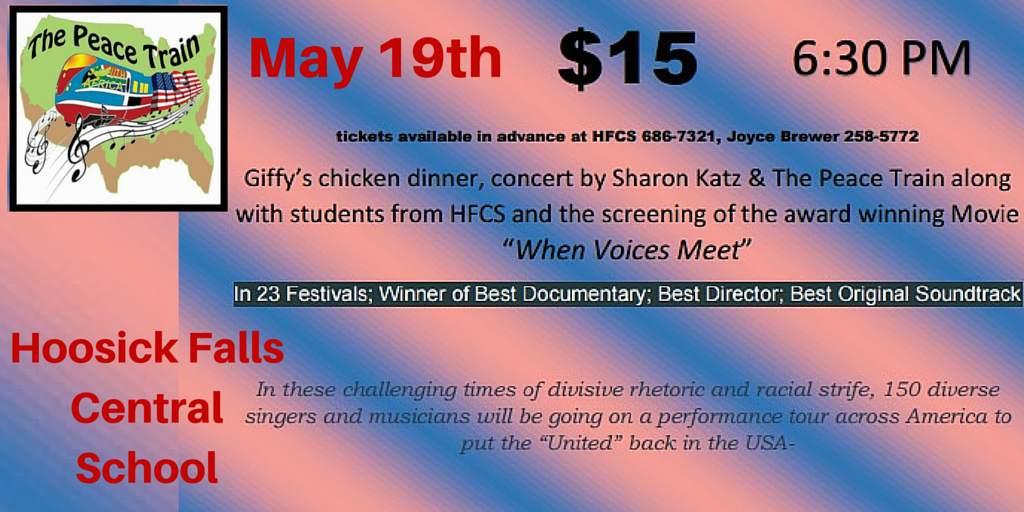 Recently I was asked… “Do you and your daughter, Anna want to go on tour with a Grammy Award singer who has recently won Best Director, Best Original Sound Track and Best Documentary in 23 Film Festivals?  Also we want Anna to not only sing but play with the professional band.” OK, let me think about this… OH YEA!!!

Here is the back story… Three years ago I was asked by Anna’s high school choir director, Ms. Yudkoff if I could help with a workshop and concert being hosted by Sharon Katz and the Peace Train. I got them accommodations, dinner and all the things involved with hosting an event. That day was the beginning of a wonderful relationship. Ms. Katz has been back twice more and will be in Hoosick Falls on May 19th.

Sharon Katz began her work in 1992 when she created the first 500-voice mixed race choir in South Africa to break through Apartheid’s’ barriers, spreading Nelson Mandela’s dream of justice, equality and a better life for all. In 1993 the Peace Train rolled across South Africa spreading the dream of a peaceful transition to democracy.  Today Sharon Katz and The Peace Train works using music and training workshops to help address the challenges of children living in poverty, racial strife, intolerance of differences, food insecurity, educational inequalities, and HIV/AIDS.

On May 19th Sharon Katz and The Peace Train will be at Hoosick Falls Central School (HFCS) hosting a workshop during the school day. Beginning at 6:30 PM at HFCS, Sharon Katz and The Peace Train band along with students will be performing a dinner concert and then there will be a screening of the documentary “When Voices Meet.” This is a fundraiser to support Anna and the other students from our area who will be part of the USA Peace Train.

On July 9th Anna, myself and others from Hoosick Falls will join up with the Peace Train in New York City. We will then be part of the 150 who will travel and perform from NYC to Trenton, to Philadelphia to Baltimore to Washington D. C. The highlight performance will be at the Washington Monument on July 18th. With our final performance at the South African Embassy on the 19th.

Just being able to be part of the music I would consider to be enough, but there is much more. As many may know of the unsafe water conditions in Flint and Hoosick Falls, I will be part of conversations on this subject and also will be in talks to find constructive ways to improve human relations and social justice.

I hope Albany Presbytery folks will make the trek to Hoosick Falls on May 19th to see and hear the story and songs of Sharon Katz and The Peace Train. Tickets are $15 and can be purchased through Joyce.

Event Details can be found on our Calendar: Sharon Katz & the Peace Train is coming to Hoosick Falls! 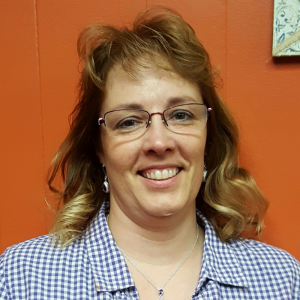 Joyce is a teaching Elder at First United Hoosick Falls and the Financial Administrator at Troy Area United Ministries.  Joyce keeps busy working with Girl Scouts, Hoosick Falls Food Pantry and being a volunteer parent to many activities at HFCS.