A month ago at our Silver Bay retreat we focused on one piece of scripture for the two days:

Now the whole group of those who believed were of one heart and soul, and no one claimed private ownership of any possessions, but everything they owned was held in common. With great power the apostles gave their testimony to the resurrection of the Lord Jesus, and great grace was upon them all. There was not a needy person among them, for as many as owned lands or houses sold them and brought the proceeds of what was sold. They laid it at the apostles’ feet, and it was distributed to each as any had need. There was a Levite, a native of Cyprus, Joseph, to whom the apostles gave the name Barnabas (which means “son of encouragement”). He sold a field that belonged to him, then brought the money, and laid it at the apostles’ feet. (Acts 4: 32-37) 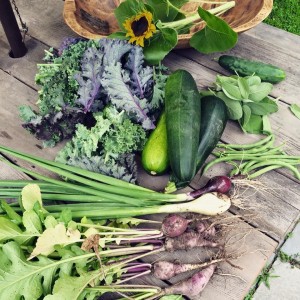 The team that prepared the Silver Bay retreat chose this passage to underscore the concept of generosity and that the abundance which God sets before us is far greater than we can imagine. As we talked we felt this was an important scriptural and theological principle to emphasize in this time of transition in the life of Albany Presbytery. We live in a time when the dominant narrative is one of scarcity, a lack of resources – and in many cases, a lack of hope or vision. We fall into the trap of believing that what we can accomplish is bound up in the numbers that make up the monthly bank statements we receive or the list of assets we possess. Acts reminds us that the early church also struggled with a resource base, but had a way of sharing their resources that did not benefit the individual but the community of faith.

A friend of mine who lives in Washington D.C. loves to talk to me on the phone about the Church of the Saviour. Their model is simple: No staff, no attachment to bricks and mortar. A group of believers gathered together, engaged out in the community in professional or personal work that is an extension of their Christian faith. Everyone covenants to co-lead their faith community and to generously give a high percentage of their earned income from their daytime ministry for the good of the larger community. They replicate themselves with intentionality, when one faith community gets too large, they seek to go and plant a new faith community in a new place. There are opportunities and expectations for training in Christian leadership and the personal and community covenant is renewed on an annual basis after a period of discernment. Sounds like Acts 4!

What would it be like if we dug in deeper in our local communities of faith in more intentional ways? If we lessened our anxiety of our own personal survival and instead turned an equal amount of spiritual energy outward into our communities? What if we gave in sacrificial and generous ways? What if we focused on taking every opportunity we have for the expansion and multiplication of the Gospel? At times in my devotions I am drawn to the idea that what hinders us the most in this time in the life of the Church is our focus on finite resources and a sense of scarcity. We go into a spiritual spiral of worry, fear or negativity and forget that we worship the Resurrected Christ. I am as guilty of falling into this trap as anyone else, it is the spiritual struggle we contend with personally and corporately. We must let go of the idea that we should base our decision-making on what we think we no longer “have.”

In these summer months God’s abundance is everywhere. Field overflowing with produce. Young animals running around in yards. Gardens filled with colorful and lush plants. A sun that warms the earth and rain that falls. The laughter of children and the gift of a quiet porch to sit on. The shores of a lake or beach where you lose track of time. Mountains to climb. A slower pace to savor the gifts we can scarcely count.

God’s abundance is around us, a gift that replenishes itself over and over again. It is a mystery that invites us to respond with all that we have.