Reflections Written after the Conference was over
Day 1-2

The women coming from the North arrived at about 3, looking beautiful and refreshed, not at all as if they had just been travelling for 9 (and some of them 14) hours.  After they’d gotten lunch (and the rest of us had the requisite “refrescoes” (snack that’s more like another meal), we began as an entire gathered group. We began our discussion by asking our sisters to share some things about what Domestic Violence is like in their communities.  Not surprisingly, this description sounded very much like Domestic Violence in the states:  jealousy, monitoring and limiting activity, controlling all the money, accusing the wife of cheating when in fact it is the man who is having an affair, forced sexual contact, and of course physical abuse in various forms.  What is different in Guatemala is the lack of resources; there are 5 shelters in the entire country, and especially in the more remote locations, and even stronger societal belief that what happens in the home is no one else’s business, corrupt (and predominantly male) police forces, in tight knit communities where many are related, and where seeking help from the church is likely to result in urging to “keep the family together” and in the pastor taking the husband’s side or going to him to urge him to treat his wife better, resulting in more beatings for her. Because the church in Guatemala tends to be of a more fundamentalist/evangelical faith and tends to take the Bible literally, there was a strong focus on biblical passages.  On the morning of the second day, a leader from the Sinodica (nationwide church women’s group) led a devotional focused on the story of the Daughters of Zelophehad, a story from the Book of Numbers where 5 sisters whose father died without sons argue successfully that they should be able to inherit, lest their father’s name vanish from the community.  It is a little known biblical passage of strong women advocating for their own rights, and the leader encouraged all to remember that it is part of our responsibility as the people of God to speak up on our own behalf and on behalf of our sisters, that God will hear.

Later in the day, I spoke about the challenging topics of divorce and forgiveness, borrowing heavily from Marie Fortune of Faith Trust institute, who long ago pointed out that when abuse happens in a marriage, the holy covenant of marriage is already broken, by the perpetrator of the abuse, so for the victim to seek separation or divorce is not to be the one breaking the covenant, but simply making visible what has already been done by the one who is violent.  Regarding forgiveness, I again shared Rev. Fortune’s teaching that while forgiveness can be a valuable way of letting go and moving on for the victim, it cannot and should not be forced or insisted on.  Even in the biblical texts that admonish us to forgive, repentance is part of the process, and true repentance means a change in behavior, not just remorse and apology followed by more violence.  I shared the story I had once heard that when batterers were asked what to tell those who’d been victimized, they said, “Tell them not to forgive us too quickly.  We need to be held accountable.”  I also shared that sometimes when we cannot forgive, what we can do is let go and allow that to be between the abuser and God, rather than feeling responsible or compelled to forgive.

This led to a spirited discussion; some were happy to hear this new perspective, but skeptical—others vehemently shared stories of how they had forgiven their abusers and so should the others, some lamented that they wanted to forgive, but could not.  Again, all of what was said was similar to what often happens in groups in the US, especially church groups, where forgiveness is such a strong obligation.  I shared how much it breaks my heart when it seems that a victim of abuse feels that she is more at fault because she cannot forgive, than the abuser is for having abused her.

Finally a wise and respected woman stood up, and said,

This led to a brief discussion of the differences between forgiveness and reconciliation, and that even when we forgive, we should not necessarily forget the abuse, lest we end up in a position to be harmed again.

Did you know we have a Men’s Trip coming up this Fall to address the same topic?  Learn more here: Men’s Trip to the Mam Presbytery, Guatemala – Nov 2017 by Tim Coombs 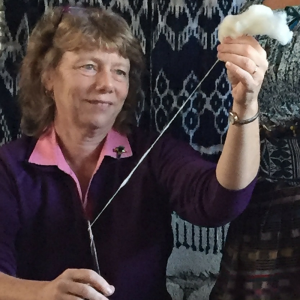