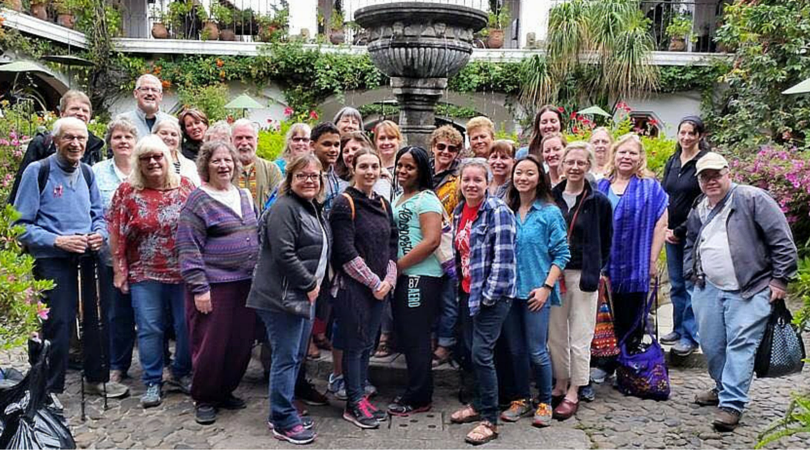 What an amazing journey!  Thirty one people, some of us strangers, some of us stranger than others (that would be me), all became family in a small village in Guatemala called Pachaj.  Along with our friends from CEDEPCA, helping us to navigate and to translate for us, we became family.  Not just the thirty one people, but our CEDEPCA friends and all of the people of Pachaj. We learned what a small world this truly is and we learned what it truly means to “love our neighbors as ourselves.”

As I was traveling home and thinking about the newsletter that needed to be written for March, I remembered reading something called, “There Are No Ordinary People,” by C.S. Lewis.  In his 1942 sermon, The Weight of Glory, C. S. Lewis said,

“It is a serious thing to live in a society of possible gods and goddesses, to remember that the dullest and most uninteresting person you can talk to may one day be a creature which, if you saw it now, you would be strongly tempted to worship, or else a horror and a corruption such as you now meet, if at all, only in a nightmare. All day long we are, in some degree, helping each other to one or other of these destinations. It is in the light of these overwhelming possibilities, it is with the awe and the circumspection proper to them, that we should conduct all our dealings with one another, all friendships, all loves, all play, all politics.”

“There are no ordinary people. You have never talked to a mere mortal. Nations, cultures, arts, civilizations -these are mortal, and their life is to ours as the life of a gnat. But it is immortals whom we joke with, work with, marry, snub, and exploit – immortal horrors or everlasting splendors. This does not mean that we are to be perpetually solemn. We must play. But our merriment must be of that kind (and it is, in fact, the merriest kind) which exists between people who have, from the outset, taken each other seriously – no flippancy, no superiority, no presumption. And our charity must be a real and costly love, with deep feeling for the sins in spite of which we love the sinner – no mere tolerance, or indulgence which parodies love as flippancy parodies merriment. Next to the Blessed Sacrament itself, your neighbor is the holiest object presented to your senses. If he is your Christian neighbor, he is holy in almost the same way, for in him also Christ vere latitat – the glorifier and the glorified, Glory Himself is truly hidden.”

Note from the Albany Presbytery: In addition to Bonnie’s Blog, we would like to share 2 wonderful videos that capture the highlights from the February 2016 Mission Trip to Guatemala. 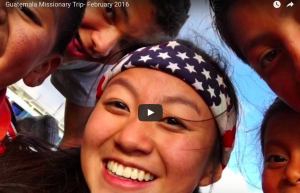 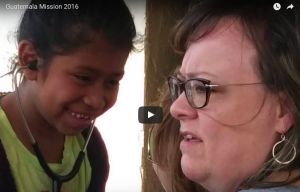 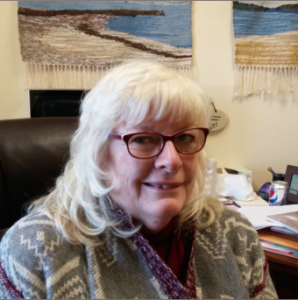 Bonnie Orth serves as pastor at the Mayfield Central Presbyterian Church, in Mayfield, New York and as Pastoral Care Coordinator of Nathan Littauer Hospital and Nursing Home in Gloversville.  She is on the Board of Directors of PHEWA (Presbyterian Health, Education and Welfare Association and serves on the leadership team of PADVN (Presbyterians Against Domestic Violence Network) as well as the Board of Directors of CEDEPCA, an international nonprofit organization located in Guatemala City, Guatemala, that offers educational programs that allow people to improve their lives and change their communities.  CEDEPCA offers programs throughout Central America. She has training in clergy misconduct, ethics, elder abuse, domestic violence and sexual assault and violence.  She lives with her husband, Jay, and children Evan and Olivia and her dog Molly.