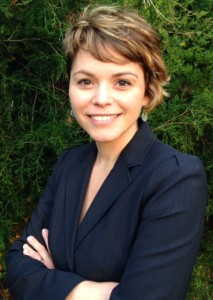 We were delighted to welcome Rev. Kate Forer as the new pastor for the Presbyterian New England Congregational Church, Saratoga Springs at the April 6th Presbytery Meeting. Being new to our area, we took a moment to connect with Kate and learn a little more about her.

Before we get started, can you tell us a little bit about where you grew up, any siblings, etc?

Sure. I grew up in Hanover, Massachusetts on the South Shore — half way between Boston and Plymouth. I was the youngest of three — one older sister and one older brother. My mother was an elementary school teacher and my father a psychologist (I’m really good at talking about feelings!). Religiously, I am a bit of mutt — we attended different Protestant churches when I was growing up — from Congregational to Methodist to UCC. I attended Catholic school from grades 5 – 12 and spent summers at a Lutheran camp in New Hampshire. This opened my curiosity about religious belief and from an early age I was comparing and contrasting doctrine! Unlike many clergy, I don’t come from a church family — I never had that wonderful sense of home and belonging in church as a child. It was actually the opposite — because we changed churches quite often, I always felt like an outsider which has made me hyper-vigilant as a pastor about welcoming new-comers to the church. I finally did find my church “home” at United Church of Chapel Hill, in North Carolina, where I joined in my early 20s when I was discerning my call. Almost more than Massachusetts, North Carolina feels like where I “grew up” or at least grew into adulthood. I attended seminary there, got married there, had my children there…I most recently served Umstead Park United Church of Christ in Raleigh, NC.

You were ordained in the United Church of Christ.  How did you begin there?

Quite honestly, I was drawn to the United Church of Christ because of its openness to LGBTQ individuals. Back in the early 2000s, the UCC was celebrating having ordained the first openly gay man in the 1970s! This was and is a big issue for me.

How did you connect with PC(USA)?

I have always had great respect for the PC(USA) and find many commonalities between our two denominations. Early in my ministry, I served in UCC churches with several colleagues from the PC(USA) tradition. While they loved the social justice focus and openness of the UCC, they missed the orderliness and traditions of the PC(USA). Now that I am serving a church that affiliates with both denominations, I’m curious to see how we can combine the best from both traditions.

I have two sons — age 6 and 3 — so much of my free time revolves around them. We love spending time outside. I am very interested in sustainable agriculture and have kept a garden for years. Now that we are moving to Saratoga Springs, I’m hoping a lot of my free time will involve playing outside with my boys and gardening together. I also love to swim, hike, kayak, have coffee with friends, and read.

Is there anything new you have found yourself enjoying are looking forward to in Capital Region?

I am looking forward to exploring the Adirondacks, Lake George, and all the beauty of creation this area has to offer!