Resolution for Protection and Hospitality for Syrian Refugees 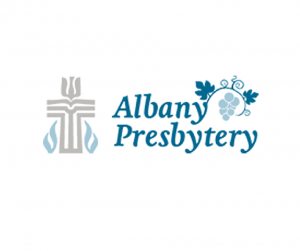 Resolution for Protection and Hospitality for Syrian Refugees

“We, on behalf of the 64 congregations and more than 6,000 members of Albany Presbytery, affirm our commitment as followers of Jesus Christ to share the love of strangers and care for the vulnerable. Remembering that Jesus as a child was a refugee and as an adult welcomed strangers, we seek to provide safe refuge and hospitality to those fleeing war in Syria.

We call upon our neighbors in New York State and our fellow citizens in the United States to join us in seeking to protect and sustain Syrian refugees.

We call upon our state and national leaders to remember our nation’s commitment to inclusion and choose justice over fear in responding to those affected by the Syrian war.

We commend Governor Andrew Cuomo for his recent statements regarding the dignity of the Syrian children, women, and men seeking a safe haven in New York State, the state that literally lifts the torch of hope for those who seek safety and yearn to be free.”

The resolution was co-written and presented by Rev. Gusti Newquist, Pastor at First United Presbyterian Church of Troy, N.Y. and the Rev. Jennifer Wegter-McNelly, member-at-large.

Rev. Wegter-McNelly stated after the vote: “My hope for this resolution is to add our voice as people of faith to the conversation about our responsibilities to victims of the war in Syria. As followers of Jesus Christ, our first response must always be to recognize other people as children of God and welcome them, not as strangers, but as sisters and brothers.”

Rev. Newquist stated: “I supported this resolution because it seemed providential we were meeting as a Presbytery on the day a resolution to shut down the Syrian Refugee program was introduced in the United States Congress. Now is the time to ‘speak truth to power,’ using our voices as people of faith to speak, as best we can, for those whose voices have been silenced. My expectation is that we will follow these words with actions to support the resettlement of refugees throughout Albany Presbytery.”

About Albany Presbytery: Albany Presbytery is a governing body in the Presbyterian Church (U.S.A.), comprising over 6,000 members in 12 counties in upstate New York and Vermont. The Presbyterian Church (U.S.A.) has over two million members throughout the United States and has been relationship with the church in Syria since the early 1800’s. It currently is in partnership with the National Evangelical Synod of Syria and Lebanon. https://albanypresbytery.org