The Chickens and Eggs of American Presbyterianism by Dennis Maher 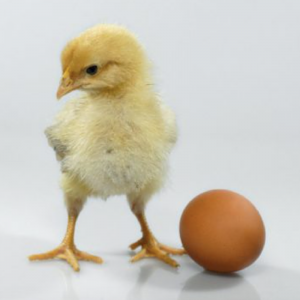 As I listened Jan. 27 at Glens Falls to the report of the survey results from Holy Cow Consulting, my mind was whirring with memories and old questions. First, I think that before we institutionalize new structures or organizational plans, we should first ask, again, What is a presbytery?

Is the presbytery primary or are the congregations? There had to be someone who established the presbyteries, and even the first synod. (In our beginning there was no General Assembly, only a single synod.) How are teaching and ruling elders “equal” when the former have authority from the presbytery, and the latter have authority from the congregation? Teaching elders are needed to ordain ruling elders, but ruling elders vote to ordain and install teaching elders. No matter. Most of us, most of the time, see all this as an ingenious but circular system of checks and balances which forestalls doom.

I understand that some of this system comes from Calvin himself, who in time of wars and persecutions, needed an authority broader than the congregation to step in when an army or mob killed a pastor or burned down a congregation’s place of worship. That makes sense, but maybe not if we are not threatened by armies or mobs.

A study by one of my mentors, Bob Worley, found origins of the presbytery in questions of property ownership and stewardship in Scotland, when Catholic properties became Calvinist. In our time we have had our own experiences with “property issues.” Congregations or sessions claiming ownership to the property think they organized themselves without the help of others, called presbytery. Presbyteries see themselves protecting and preserving. Like a mother hen. Or are they the egg that results in congregations? The chicken and egg controversy goes on. Numerous cartoons offering solutions are too risque to be shared here.

This is the 1st in a series of 3 blogs on “American Presbyterianism.” The additional blog posts in the series are:
Blog 2 – Congregationalism?!
Blog 3 – Presbytery Meeting Payoffs 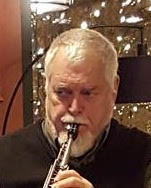 Dennis is retired and lives in Lake Luzerne with his wife, Carol, also a retired PCUSA teaching elder. Dennis was pastor of two congregations in MN and one in NJ. He was Associate Executive for Stewardship, Mission, and Communications for Chicago Presbytery 1986-1993, Associate for Professional Development for the denomination 1994-1997, and Executive and Stated Clerk of Great Rivers Presbytery (west central Illinois) 1998-2001. He worked as Assistant Director of the Jesus Seminar, and was interim pastor in Wisconsin, Long Island, and Albany. He is busy now playing sax and writing his memoir of faith, past and present.